06/12/2019 - Feature Articles
Markets had another rollercoaster week, with trade talks between the US and China dominating as the 15th December deadline rapidly approaches before the US slaps further tariffs on Chinese goods.
Read article

Are crowded trades about to turn?

05/12/2019 - Feature Articles
Those watching stock markets recently will know how much ‘growth’ stocks have outperformed ‘value’ stocks. In fact, growth has been so in favour that some have compared it to the period before the collapse of the tech bubble in 2000.
Read article

How negative can we go?

16/10/2019 - Feature Articles
In September, Reuters reported that Denmark’s Jyske Bank was reducing interest rates for savers in response to a rate cut by the Danish central bank. This isn’t much of a story but for the rates themselves: savers with over DKK750,000 (about £88,000) receive the central bank’s rate of -.75%. Yes, that’s a negative number. The bank will charge savers at least DKK5625 (~£661) annually to ‘store’ their money!
Read article

The dangers of confirmation bias

12/09/2019 - Feature Articles
August was a torrid month for investors in Argentine assets. After a poorer than expected performance by market-friendly Mauricio Macri in the first round of the Presidential election, fears of a return to populism caused the main index to plunge 37%. The currency also fell 20% against the US dollar, making the slump the largest one-day fall in any market since 1950. In addition, the yield on Argentine government bonds spiked to distressed levels, with the likelihood of a debt default in the next five years spiralling to 75%.
Read article 11/09/2019 - Feature Articles
August was a month that saw tensions surrounding long-running issues rise to new levels. Whilst none of Donald Trump’s trade war with China, Brexit or Italy’s political travails resolved themselves in any meaningful way, they did show signs of coming to a crescendo. However, with there having been several occasions recently when the promise of a solution has proven a false dawn, it would be a brave person that would act on the possibility of any of them finding one. In response to such escalations, equity markets fell across the globe. By contrast, Fixed Interest performed well, as the yield on 30-year US Treasuries fell below 2% for the first time and the amount of negative-yielding debt headed towards $20 trillion, whilst safe-haven assets such as gold and the Japanese yen rose.
Read article 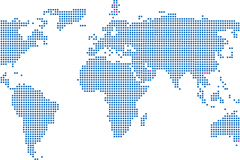 Meeting the needs of the globally mobile client

05/08/2019 - Feature Articles
The way people live and work is changing. Today people can be conducting business on a laptop in the Maldives while their children are at school in rural England. According to the UN, 232 million people are currently living and working outside their home country. This may broaden people’s horizons, but it can introduce considerable complexity into their financial affairs.
Read article So what exactly is a defensive asset right now?

15/07/2019 - Feature Articles
Multi-asset investing offers a variety of benefits, with diversification being one of the most obvious. By holding a range of asset classes that will behave differently in various market conditions, portfolio managers can avoid performance becoming overly dependent on correctly guessing the future direction of markets, a task that can be highly challenging at any time but especially when binary political issues of the sort that exist currently remain unresolved. Furthermore, by using fund managers with different styles within a given asset class, performance can be smoothed even further, with the goal being to produce strong risk-adjusted returns.
Read article

The cult of the falling star manager

28/06/2019 - Feature Articles
If the average person in the street could name even a single fund manager in the UK fund management industry, that person would probably be Neil Woodford. Woodford built a stellar reputation running UK equity income funds at Invesco Perpetual (IP), outperforming the UK market by an average of 5% per annum from 1990 to 2014 (source: Morningstar). Such returns made him a hugely popular manager with financial advisers and their clients, as well as with individuals buying their own funds direct. However, his profile has been raised even further in the last few weeks for less positive reasons.
Read article Do your models float? 21/03/2019 - Feature Articles
In our last note we raised the issue of ‘Brexit fatigue’, something that we are feeling to a degree, pointing out that the effect has been exacerbated by the media’s tendency to link all events to Brexit, even where the UK’s planned departure from the EU is arguably not a major factor. With reporters making such poor causal relationships, and the resulting overload of Brexit news, it is tempting to shy away from the subject as a writer. However, the last couple of weeks provided some points of interest too good to pass up, as they provided the opportunity for some ‘tongue in cheek’ analogies, with some light relief around the process being much needed.
Read article
Page 1 of 2
Next Page

Start the upgrade now. Ask our expert team about the ways Praemium can transform your business.